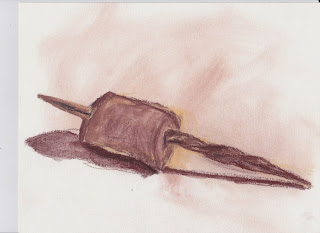 This semester I've been volunteering in a color theory class as a teaching assistant for Mick Sheldon at American River College. Painted a lot of charts in the very cool workbook Mick created for the class.  That's because he want me to do the class work as well as help out.  Mostly I try to pay attention to what he's doing when he demo's technique so I can observe good color theory teaching techniques.  Now I'm working on the last class project where we create 10 paintings of objects using the color theory learned in class to solve specific problems.   The first thing I did was to do 7 sketched underpaintings.  I used Conte and charcoal then used a brush and water to blend it.  I only did 7 sketches because we're allowed to do 3 of the illustration in the computer so I took some photos to play with Warholizing...  Below are the 7 sketches. Later I'll post the Warholized photos. 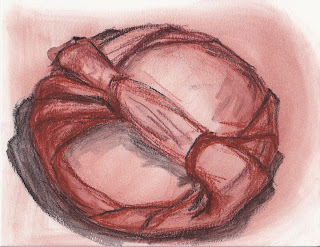 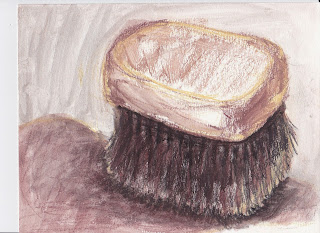 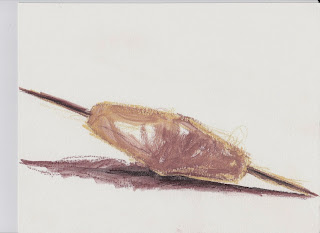 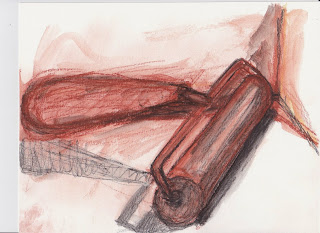 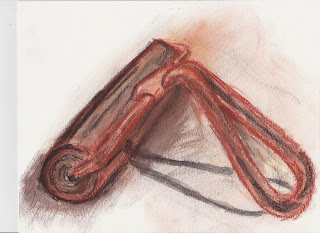 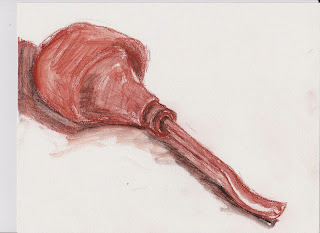 Posted by Patricia Phare-Camp at 11:50 PM No comments: