Eulogy for the Best Mouser I Ever Knew 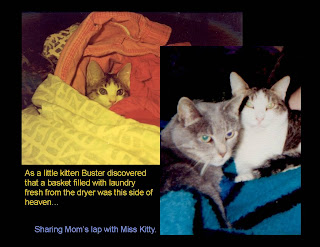 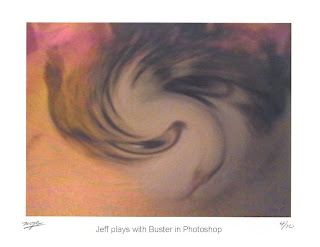 So sad this week. We had to put down our little cat Buster Catitude. His kidneys suddenly and completely shut down and despite treatment his blood counts were rising rather than lowering. As we visited him at the vet hospital Buster had a violent seizure. It was definitely time to let him go.

Buster was immortalized in my artwork, our son's professional graduation photos and my husband's photography. Buster was also the protagonist in an art book I created last year about the backyard wildlife. 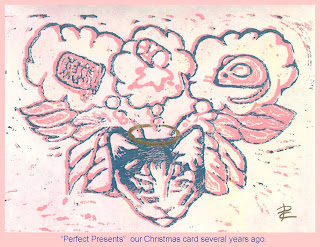 My friend Carol was especially fond of Buster and loved to hear stories of his latest escapades. She loved the art book he was in and read it often aloud to others. 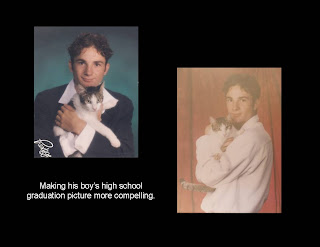 Buster used to amuse us with his playfulness and spunky character. Every morning he would attack Jeff's shoe laces as he dressed for work. The night before he got sick he had snuck a rodent into the 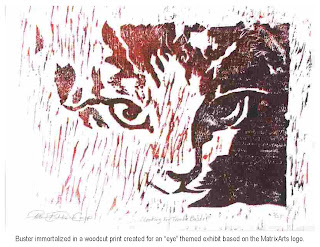 house (did I mention that Buster could open doors). I walked into the kitchen to discover that he had pulled a rug over to make a tunnel in which he trapped a small field rat. He saw me and ran out of the house leaving the rodent for me to deal with...I put a box over it and waited for Jeff to return home, letting him dispose of the creature as he saw fit...Buster gave us one last amusing memory to carry with us and once more proved to us of how much he earned his keep.
Posted by Patricia Phare-Camp at 7:03 PM 2 comments: